Joe pioneered the introduction to Dublin of modern sourdough breads. He was raised through whole-food macrobiotics and his parents, Pauline and Joe, founded ‘The Golden Dawn’, a macrobiotic whole-foods centre in Dublin in the 1970s.

Joe joined them straight away and began baking 100% rye, spelt and wheat sourdoughs for the deli. In 2004, the three of them opened Dublin’s first fully certified organic commercial bakery, the award-winning Blazing Salads Bread Company.

Joe is a founding member of Real Bread Ireland www.realbreadireland.org. 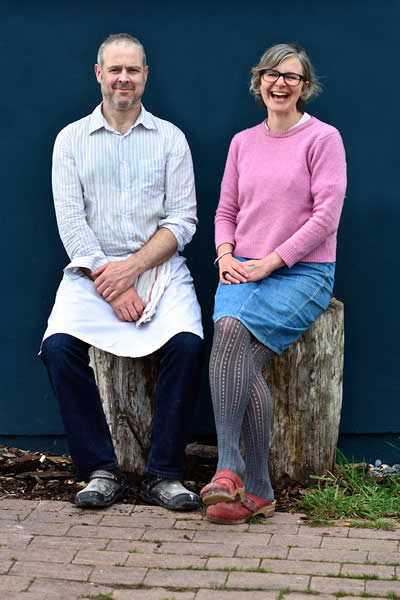 “Riot Rye Bakehouse & Bread School is committed to creating and actively fostering a culture of bread without the use of industrial additives or chemicals.

We believe that food producers have a responsibility to those consuming their products and the wider community, with regard to their nutrition and well-being.

We exclusively use flours free of artificial chemicals and pesticides, natural and wild ingredients in our breads.

We believe in the right of access for all through education to nutritional, life-affirming foods”.